This extension is aimed at providing an opportunity for scholars interested in the topic of country and business strategies in the era of de-globalization and political populism for transition economies. Bulgaria is a good case to study how the country and local as well as global businesses addressing these challenges and how strategy research can help to cope with these new challenges.

Bulgaria holds currently the presidency of the council of the European Union. The country has been undergoing a slow and painful transition to a market economy since the end of Communist rule. It is the poorest country within the EU with the highest rate of corruption and a strict antiimmigrant policy. Trade is mainly intra-EU while mayor FDI comes from EU multi-nationals.

Global strategy research can help to identify country strategies and business models for addressing many of the contradictions of the globalization and for making globalization promises come true. In this context, research evidence shows that multinational corporations are often perceived as ‘knowledge transfer’ agents contributing to the improvement of country- and localspecific institutional factors.

The workshop program is purposefully structured around topics of country and business strategies to improve institutional and corporate governance exemplified by countries like Bulgaria, which has lessons that can be applied to other transition economies. We hope the workshop and the reflections in these directions will contribute to ensure that our discipline is academically ambitious and practically relevant.

We are pleased to be hosting this extension at the University of Sofia "St. Kliment Ohridski."

Sofia University
Founded in 1887, Sofia University St. Kliment Ohridski is the first Bulgarian higher academic establishment. Its history is an embodiment and a continuation of the century long cultural and educational tradition of the Bulgarian nation.

With the signing of the Erasmus Сharter in 2007 and Bulgaria being a full-fledged member-state of the EU, the University continues its active participation in the implementation of the updated with new educational possibilities Learning for Life European program. 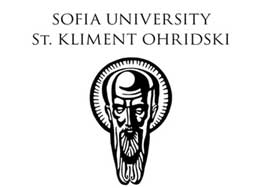 We are delighted to announce that Nobel Laureate A. Michael Spence will join us at Sophia University for this extension. Michael Spence was awarded the Nobel Memorial Prize in Economic Sciences in 2001 and is the William R. Berkley Professor in Economics & Business at the Leonard N. Stern School of Business at NYU. Click below to learn more about Dr. Spence.

Learn more about the City of Sophia!

Sofia is Bulgaria’s capital and its largest city. Founded thousands of years ago, today the city continues to develop as the country’s cultural and economic center. At present, the city has a population of 1,250,000.

Sofia is located in the western part of the country, on the Sofia Plain and on the lower slopes of Mount Vitosha. The city’s average altitude is 550 meters above sea level, the climate is moderate and continental, characterized by cold winters and relatively cool summers. The average temperature in January is 1 degree below zero Centigrade, and the average July temperature is 20 degrees Centigrade.

The city is located at a strategic crossroads. The route from Western Europe to Istanbul passes through Sofia via Beograd and Skopje, then through Plovdiv to Turkey. Sofia also connects the Near East and the Middle East, lying between the banks of the Danube and the shores of the White Sea on the one hand, and between the Black Sea and the Adriatic on the other.