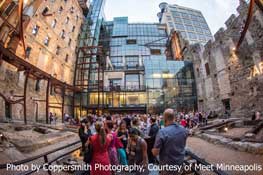 There are 55 museums in the Minneapolis metropolitan area. The Mill City Museum, on the west bank of the Mississippi River, recreates an authentic mill experience in what was once the largest flour mill in the world. See equipment, railroad cars, and exhibits demonstrating milling techniques. Visit the Walker Art Center for its collection of modern and contemporary art, and view paintings, sculptures, and photographs from American and European artists. You can walk through the largest urban sculpture garden in the United States at the adjacent Minneapolis Sculpture Garden. Founded in 1929 by newspaperman Swan J. Turnblad, the American Swedish Institute celebrates Swedish-American culture. The Institute is housed in the former Turnblad mansion, which was built between 1904 and 1908 and is on the National Register of Historic Places. 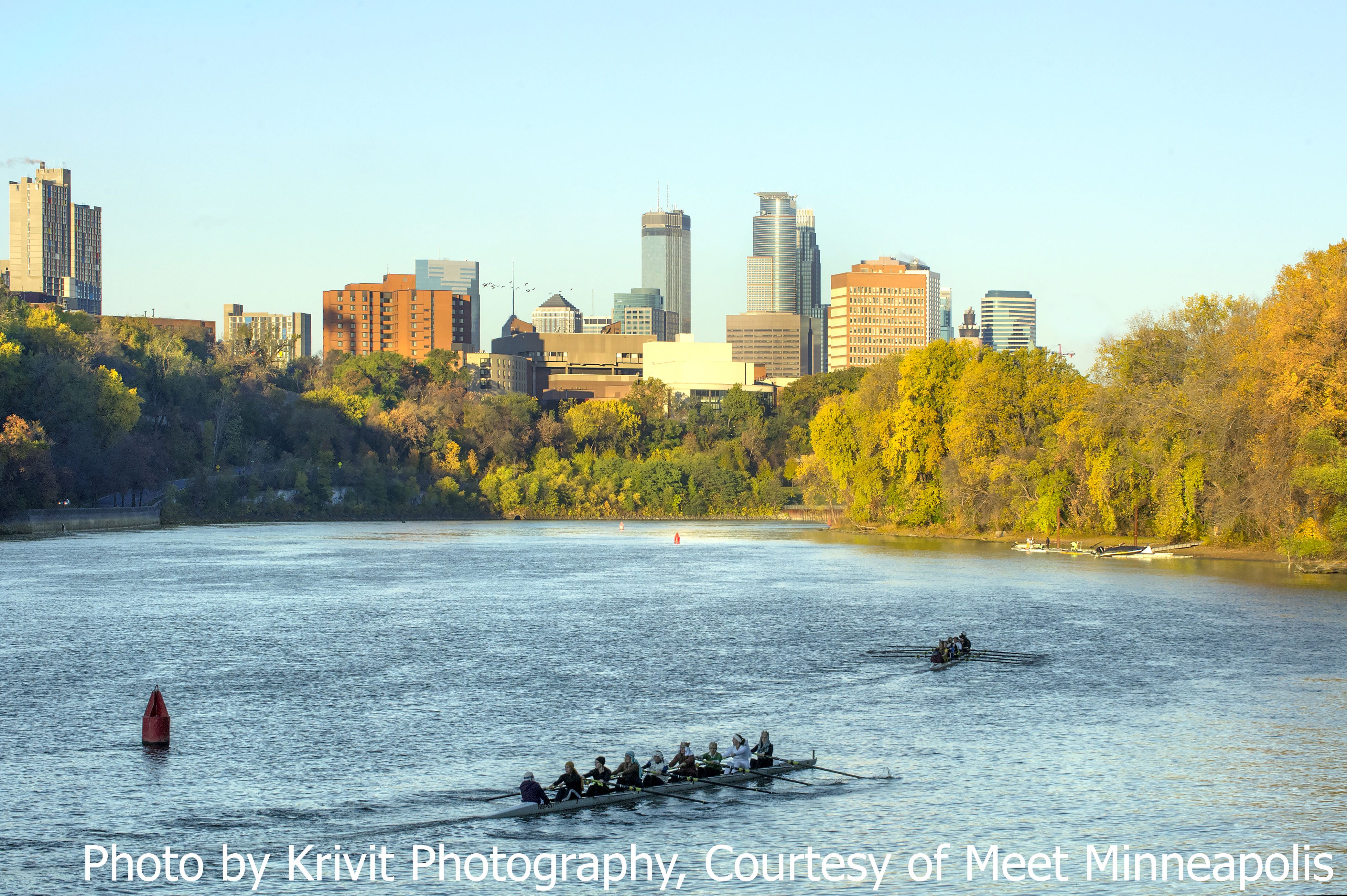 Until the 1930s, Minneapolis was considered the “Flour Capital of the World."

Candy company Mars was founded in 1920 in Minneapolis. The fluffy filling in a Three Musketeers candy bar was once called “Minneapolis Nougat.”

Minneapolis is home to the largest contiguous skyway system in the world. The bridges between buildings connect 9.5 miles of pathways for a total of 80 city blocks. 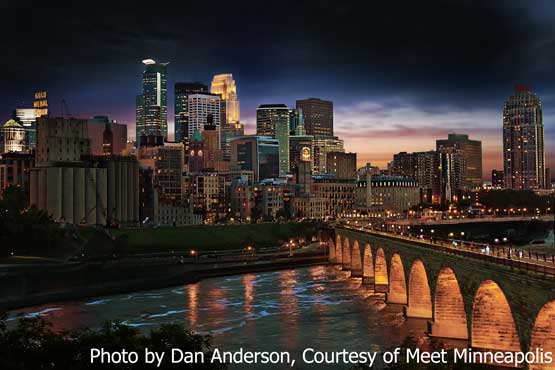 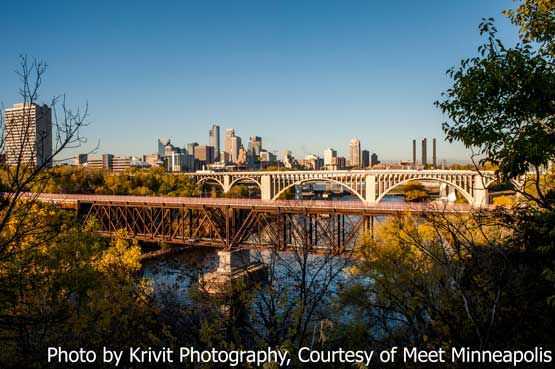 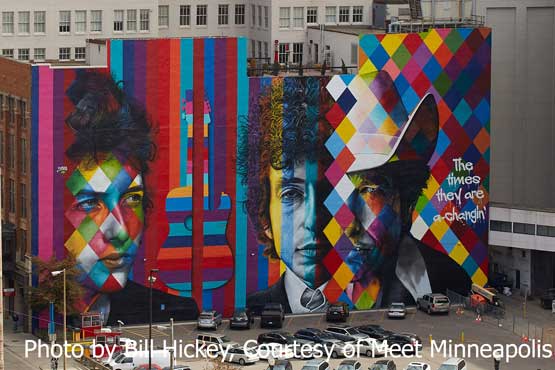 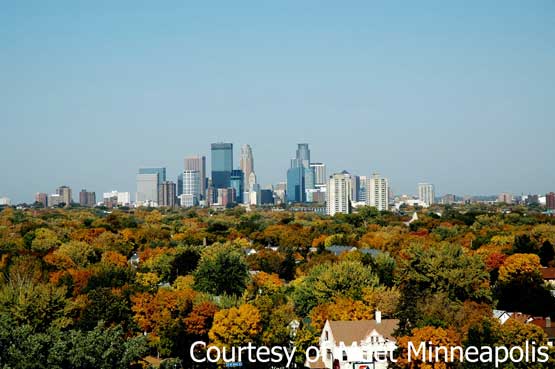 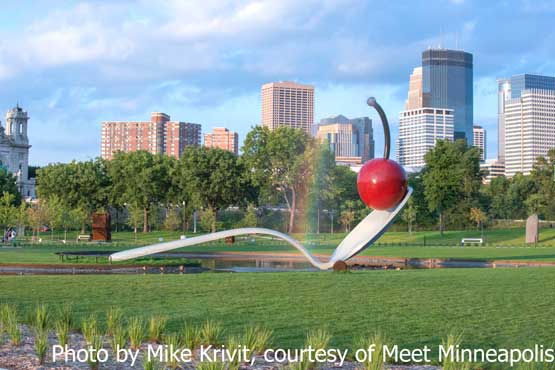 Minneapolis is one of the nation's hotspots for dining. The Bachelor Farmer is a stylish restaurant serving Swedish cuisine to reflect the Scandinavian heritage of Minneapolis. Housed in a former stable, Spoon and Stable offers elevated Midwest cuisine from James Beard Award-winning chef Gavin Kaysen. The Juicy Lucy, a cheese-stuffed burger, is said to have been invented at Matt's Bar in 1989. The 5-8 Club also claims to have created this local favorite. Boasting the largest Somali community in the United States, the city is also home to great Somali restaurants like Safari Restaurant and Afro Deli. 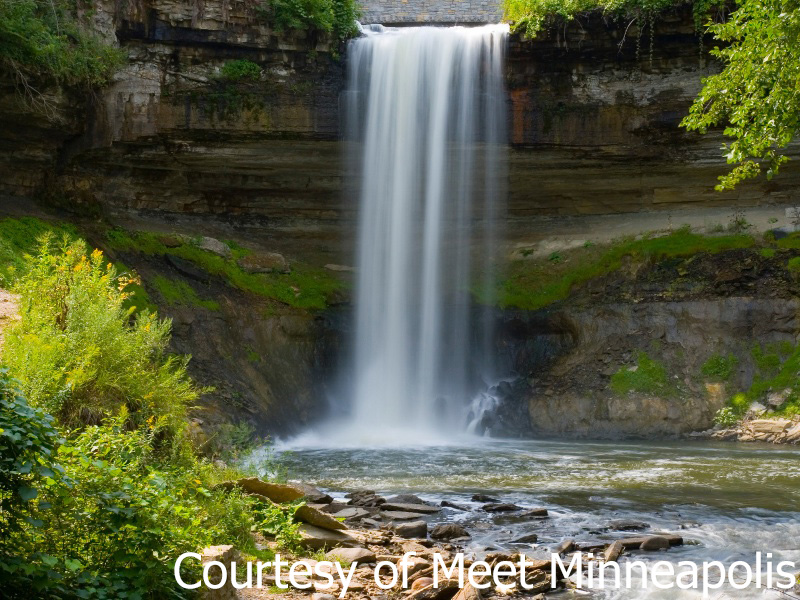 The longest distance any Minneapolis resident has to walk to get to one of 197 parks is six blocks. The centerpiece of the Minnehaha Regional Park, located minutes from downtown, is the 53-foot Minnehaha Falls. Plan your hike to follow the Minnehaha Creek, which winds through colorful trees and flowers, and ends at the Mississippi River. The Midtown Greenway is a 5.5-mile long former railroad corridor in south Minneapolis that now features bicycling and walking trails. The path runs parallel to Lake Street, a commercial strip with shops and restaurants. Ride the Midtown Greenway using the city’s public bike sharing system, Nice Ride. 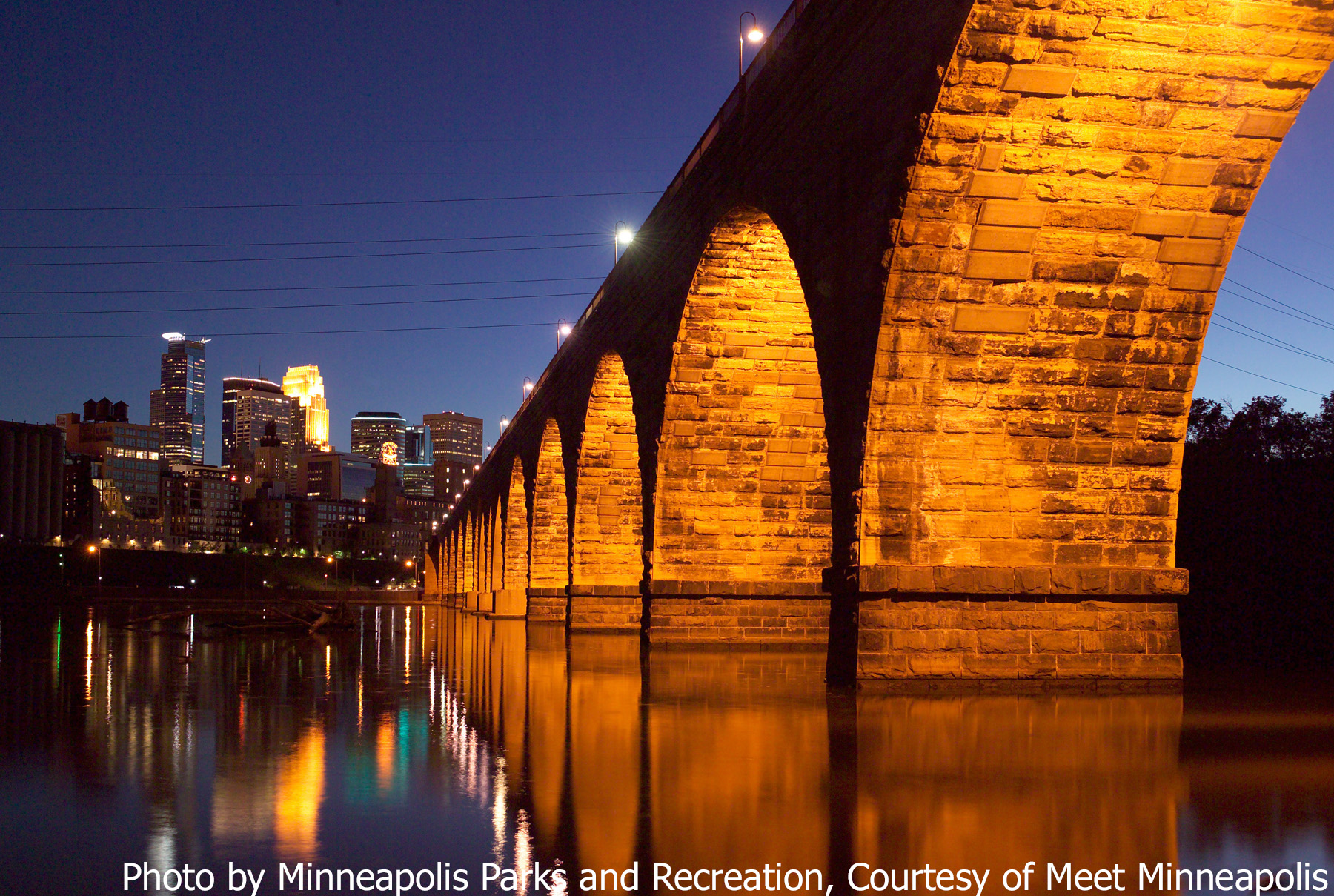 The 2,100-foot granite and limestone Stone Arch Bridge was built in 1883 and served as a railroad bridge that at its peak brought 80 passenger trains a day into Union Station. You can walk or bicycle on the only stone arch bridge on the entire length of the Mississippi River. The Midtown Global Market is an international experience with more than 50 vendors selling goods ranging from Somali pastries to Hmong handicrafts. At Paisley Park, Prince's production studio and home that he built just outside of Minneapolis, visitors have the opportunity to tour the 65,000-square-foot space and celebrate the late musician.