Costa Rica is a stunning country with a lot to offer its visitors. It is bordered to the East and Northeast by the Caribbean sea; to the West by the Pacific Ocean; to the Southeast by Panama and to the North by Nicaragua. It has a surface area of 51,100 square kilometers and offers a wide variety of rivers, plains, mountains, valleys, plants and animals, volcanoes, beaches, and wildlife reserves. It has a population of around 4.5 million people, whose native language is Spanish although English is spoken by a big part of the population. 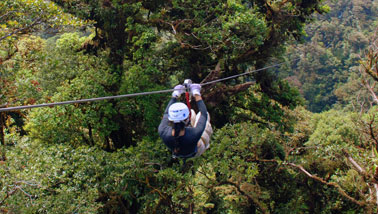 One of the main attractions of Costa Rica, zip lining through the Monteverde Cloud Forest is thrilling. The start is an open-air gondola from the ground up to the observation area where there are fantastic views. This is where the ride down the zip line track starts, stretching across canyons and through the treetops. 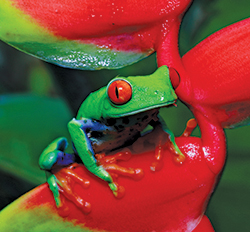 Costa Rica accounts for only 0.03 percent of the earth's surface but it contains nearly 6 percent of the world's biodiversity. This is due to its geographical location between the North and South American continents, it's neotropical climate and its wide variety of habitats. It is home to more than 500,000 species. Visitors can see a wide variety of fungi and plants in addition to beautiful butterflies, amphibians, reptiles and mammals. 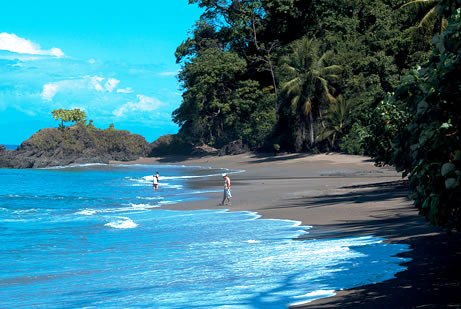 Costa Rica has nearly 300 different beaches along its stunning Pacific and Caribbean coastlines. The sand can vary from white, black, or brown coloration with variations from shells or scattered with rocks to soft, fine sand. Many beaches are great for swimming, while others are better for surfing. Some of the most popular beaches are:

San José is the capital of Costa Rica and the nation's largest city with a population of 288,054. Located in the Central Valley, San José is the seat of national government, the focal point of political and economic activity, and the major transportation hub. The city's many attractions include historical museums, theaters and wonderful restaurants serving Latin American cuisine.

The National Theatre of Costa Rica 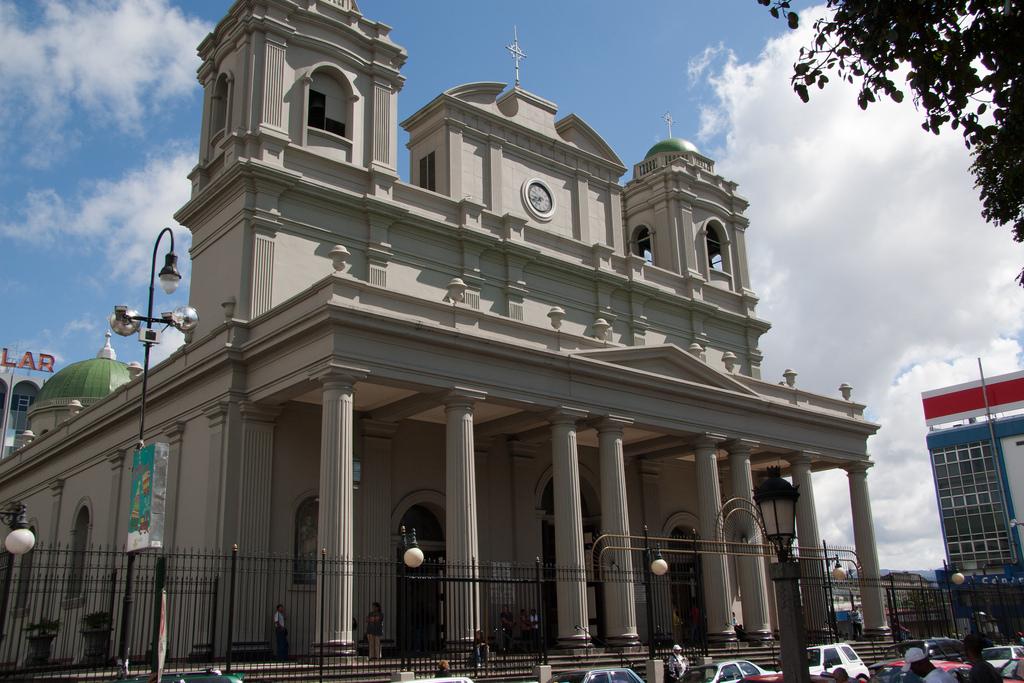 The National Theatre of Costa Rica is located in the central section of  San José. It presents high quality performances and the building is considered the finest historic building in the capital. The theatre is known for its exquisite interior which includes lavish furnishings. Performances are held several times a week by  the National Symphonic Orchestra (NSO) as part of the orchestra's regular season, and include both Costa Rican and foreign composers. 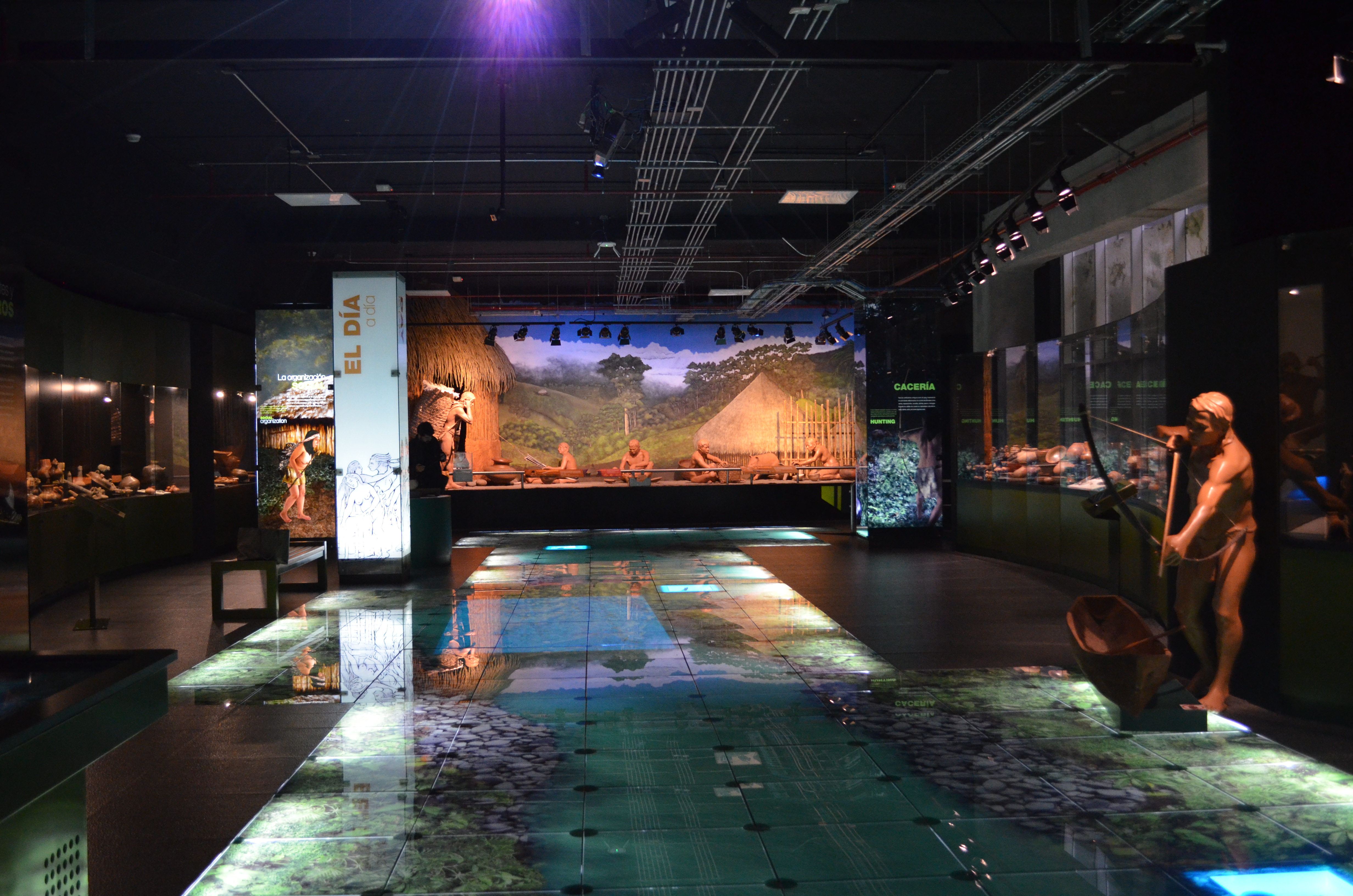 El Museo del Jade is an archaeological museum, housing an extensive collection of pre-Columbian artifacts and is home to the largest collection in the world of pre-Columbian jade, semi precious stone. The jade, gold ceramic and stone objects are all accompanied by graphics and Spanish textual explanations complete with English translations, giving visitors insight into their use and historical context. 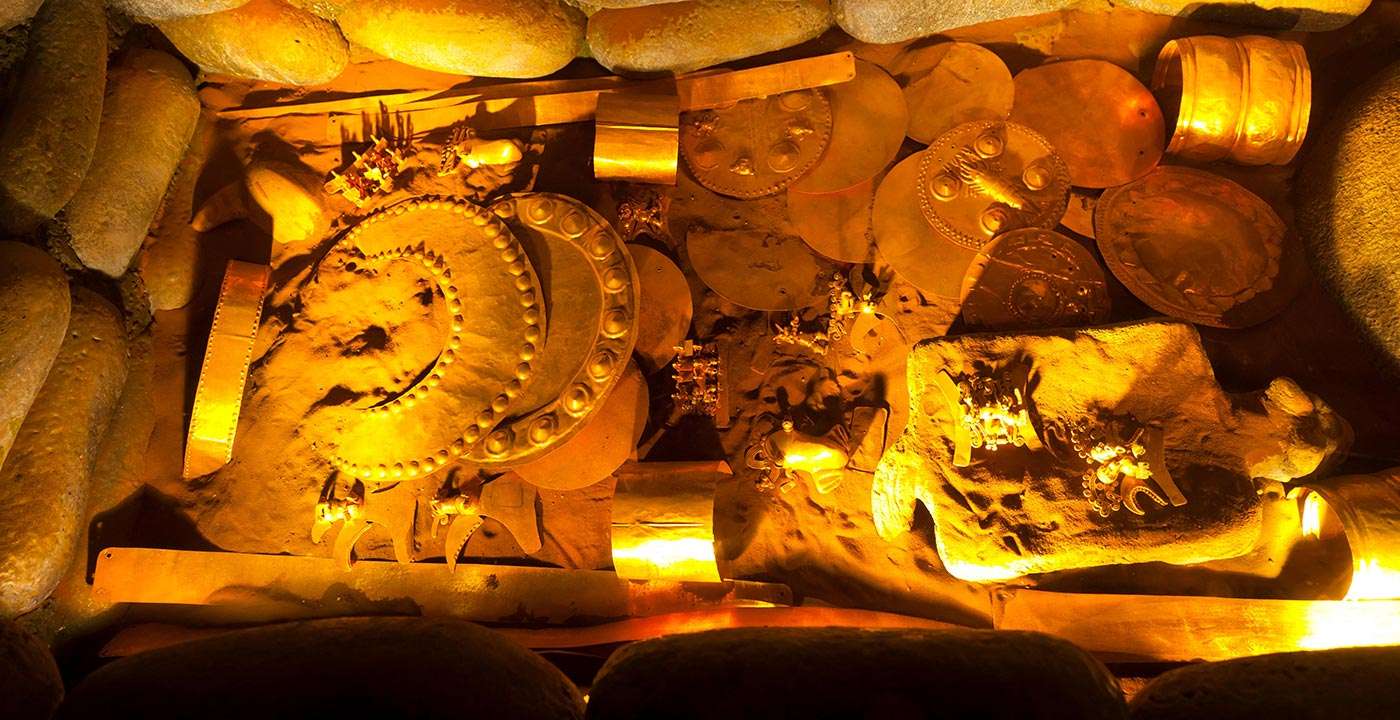 The Pre-Columbian Gold Museum is located in a subterranean building underneath the Plaza de la cultura. The museum has a substantial collection of over 1600 artifacts of Pre-Columbian gold dating back to 500 AD. The collection includes Costa Rica's first coin, the Media Escudo which was minted in 1825, animal figurines, amulets, earrings, erotic statuettes and El Guerrero, a life sized gold warrior figure adorned with gold ornaments in a glass case. In Costa Rican history, gold was considered a symbol of authority and the items are testament to the craftmanship of the Pre-Columbian period. There is also a replica of a pre-Columbian grave containing 88 gold objects which was unearthed on a banana plantation in southeastern Costa Rica in the 1950s.

Costa Rica’s national park system is a network of protected rainforests, tropical dry forests, cloud forests, marine areas, and wetlands. There are currently 26 national parks, which encompass more than 25% of the country's total landmass. Costa Rica has been a world leader in conservation policies with protected areas and all park entrance fees and donations support the local community and park maintenance. Some of the most popular national parks are: 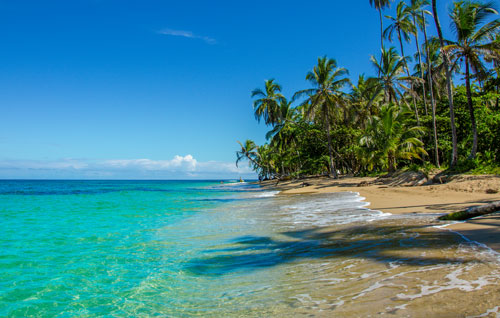 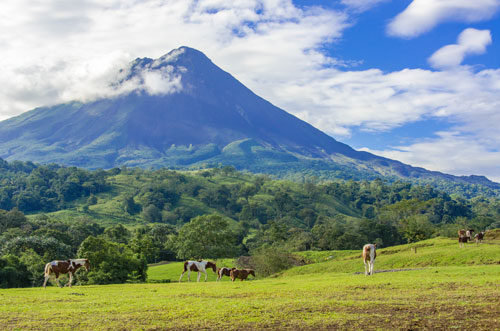 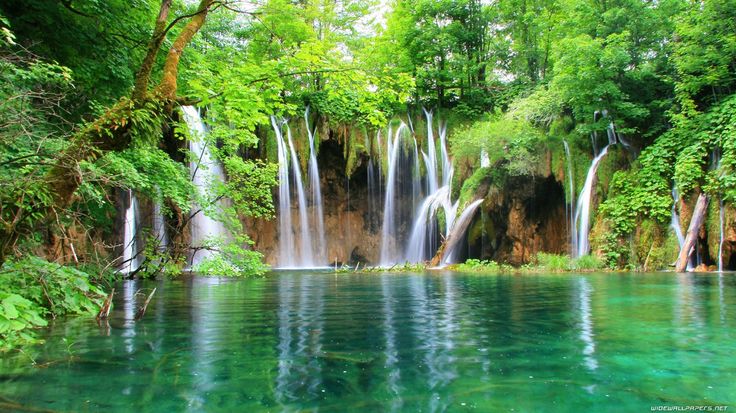 La Paz waterfall Gardens is the most visited privately owned ecological attraction in Costa Rica, featuring great hiking near San Jose, famous waterfalls and a rescued wildlife preserve with over 100 species of animals. 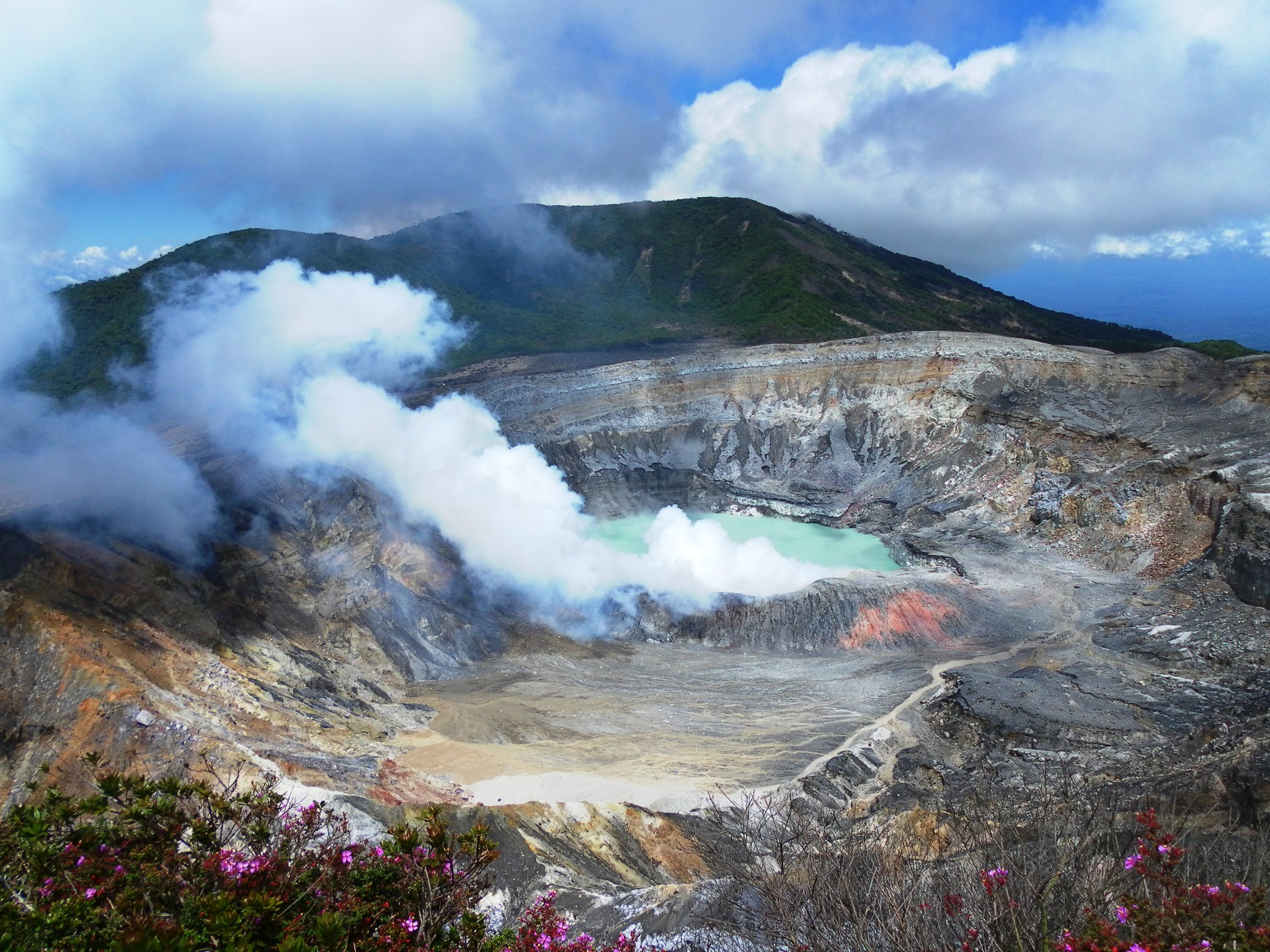 Poás Volcano National Park, is a National Park in Costa Rica that covers an area of approximately 65 square kilometres; the summit is 2,700 metres. At Poás, you can get all the way to the edge of the crater. The volcano is located in the Central Volcanic Conservation Area located in the Alajuela Province near the Pacific Coast. The main crater is 290 metres deep and is quite active with frequent small geyser and lava eruptions, however the last major eruptions were during 1952-54. Two more craters make up parts of the park, the extinct Von Frantzuis crater and the Botos crater. Botos is a crater lake with a diameter of 370 metres. 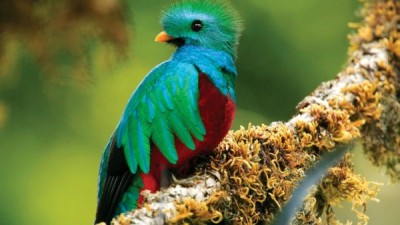 Costa Rica is a great place to see a variety of unique birds and a popular destination for birdwatchers. You can see birds such as the Quetzal, Parrot, Toucan, Hummingbird, Flycatcher and many, many more!