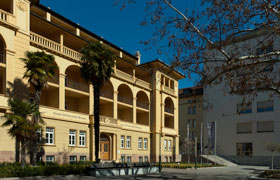 The Free University of Bozen-Bolzano

The University aims to offer students a multilingual, practice-oriented education that meets the demands of the local and the European labour market. Lectures and seminars are held in German, Italian and English. The university offers study programmes ranging from bachelor's degrees to doctorates. 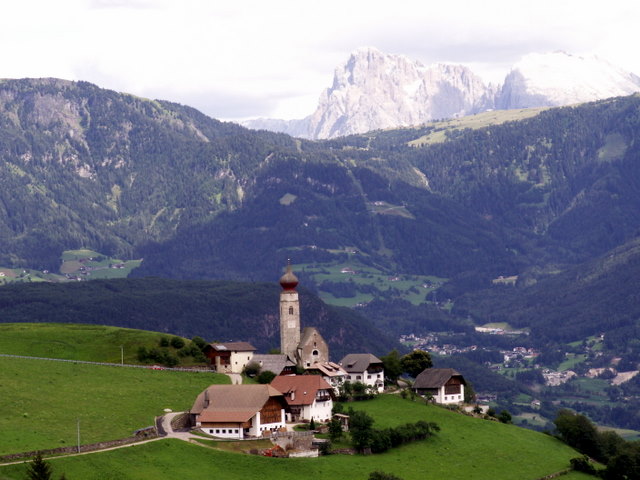 The idea of competitive advantage considers a few firms as emerging winners in competitive dynamics through –for instance– implementing a unique generic strategy based on a unique activity system or through superior management of superior resources. Similarly, entrepreneurial strategies predominantly deal with firms that have at least some growth potential. However, fast growing firms are only a fraction of all firms, of these only a small fraction is financed by venture capital firms. Those few that reach exceptional market valuations are called unicorns.  Consequently, frequently the subject of entrepreneurship and strategic management are exceptions from the rule: they are outliers.

For strategy, these outliers are interesting subjects. They constitute new, often efficient solutions outside the norm, are a source of high creativity, tread new ways of addressing problems or develop an idiosyncratic approach to a common problem. Research on strategic periphery suggests that exceptionally creative solutions are frequently born by peripheral players in industries (or coming from different industries). Being in the periphery of an industry mean also to start from a disadvantaged position, a field of research that can be extended to more general phenomena, too.

If strategy is about understanding why some firms perform (much) better than others, then strategy research should dedicate more attention to studying outliers than variances close to the mean. The consequence especially for research on entrepreneurial strategy seems to be that researchers need to reflect on different quantitative methods and focus on different phenomena in order to study outliers.  From a methodological point of view, one long-held and seldom questioned assumption in (strategic) management research is that normal (i.e., Gaussian) distributions characterize variables of interest for both theory and practice. In this respect, scores on variables such as firm resources (e.g., intellectual capital, or superior processes) and firm performance and outcomes (e.g., competitive advantage, or growth) are assumed to aggregate around the mean, which is stable and meaningful, suggesting that observations can be accurately characterized by some combination of the mean and standard deviation. However, there is growing evidence that strategic management data follow a Power Law Distribution, i.e. they are highly skewed, with “long tails” that identify extreme events, i.e. data which are outside the range of the normal curve. Put in other words, a few exceptions move the world.

Similarly, if we assume that small differences can lead to over proportional effects, then the differences between firms in using resources and competences might be minimal. Or put differently: successful and less successful might have a lot of factors in common and only be minimally different in some factors. The difference might actually lie in different combinations of the same factors available to all firms. Emerging research on configurational approaches support also the idea that small changes in configuration make huge differences. Configurational approaches assume that there are different factor combinations that can lead to the same result.

The objective of the conference extension in Bolzano is to bring together scholars that are interested in and may report on research or research opportunities of uncommon success and how to deal with them from a methodological point of view. The workshop will be organized as a sequence of panel sessions.

This panel will focus on the existence of outliers, methodological implications and future research agenda concerning the study of outliers by addressing questions related to power law distributions. In addition, starting from research on star effects and configurational approaches, the panel will explore how small changes or differences can lead to over-proportional different outcomes challenging again the view of linearity between input and output common to most approaches in strategic management theory.

Panel 2: Strategic Peripheries and its Impact on Creativity, Innovation and Firm Competitiveness

In a world of distributed knowledge, the position of central firms is largely dependent on providers of complementary resources and services. The more distributed the productive system, the more knowledge will be held in the periphery making the periphery a place for creativity and innovation. This panel will highlight findings about strategic peripheries from manufacturing and service industries and its impact on industry dynamics and leading industry firms.