We notice that you are using Internet Explorer to view our website. Please note that we currently do not support that browser for accessing certain features. To improve your browsing experience, please use either Firefox or Chrome.

Berlin is the capital of Germany and its largest city. The population of the city is roughly 3.5 million and the entire population of the Berlin metropolitan area is calculated to be around 5.8 million. Over the last decade, Berlin has become known for its entrepreneurial scene. Some tech startups that have chosen Berlin as their base include Delivery Hero, Soundcloud, ResearchGate, Number26, and 6Wunderkinder. Larger tech companies also have offices in Berlin, including Ebay, Google, Groupon, and Microsoft. Other companies in Berlin include Deutsche, Charité, Vivantes-Netzwerk für Gesundheit, BVG, and Siemens. Around one-third of the city's area is composed of forests, parks, gardens, rivers and lakes, yet the city is also known for its festivals, diverse architecture, nightlife, universities, orchestras, museums, and entertainment venues. Notable sites include the Brandenburg Gate, an 18th-century neoclassical triumphal arch; the Reichstag building, which offers a 360-degree view of the surrounding Berlin cityscape and the Berlin Wall Memorial. Listed below are Visit Berlin's top ten attractions!

The Berlin Cathedral is the largest church in the city. It was first built in 1465, and since that time has undergone several architectural renovations. The church was substantially damaged by bombs during WWII, and remained closed during the GDR era. It was reopened in 1993. Since that time, it has been restored gradually, including eight ceiling mosaics that were unveiled in 2006. The organ, with over 7,000 pipes, is one of the largest in Germany, and the Dome provides a beautiful view of the Mitte city area.

When the decision was made to move the Federal Government to Berlin, it was decided to again use the Reichstag building. This building was located on the Mauerstreifen, the military zone between the two sides of the Wall. The Reichstag has since been completely modernized, and today's visitors to the can look out from the building's glass dome to get a bird's eye view of the hustle and bustle of the city. There are also a number of government buildings in the vicinity of the Reichstag, including the Bundeskanzleramt (Federal Chancellery).

The Gendarmenmarkt is one of the most stunning squares in the city. It is located close to Friedrichstraße, Berlin's exclusive shopping street in the central Mitte district. Three of the most impressive examples of architecture Berlin are to be found here: the Concert House designed by and the German and French Cathedrals (the Deutscher Dom and the Französischer Dom).

Once the bustling heart of the city before the Second World War, then a no man's land from 1945 until the fall of the wall, the history of Potsdamer Platz is incredibly interesting. It has changed completely since the fall of the wall in 1989 and is now dominated by the presence of the Sony Center, skyscrapers and endless shops. 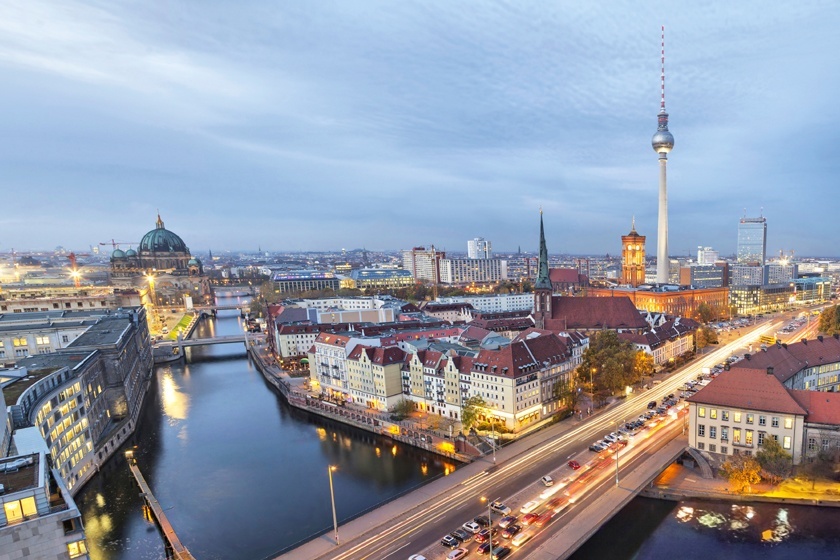 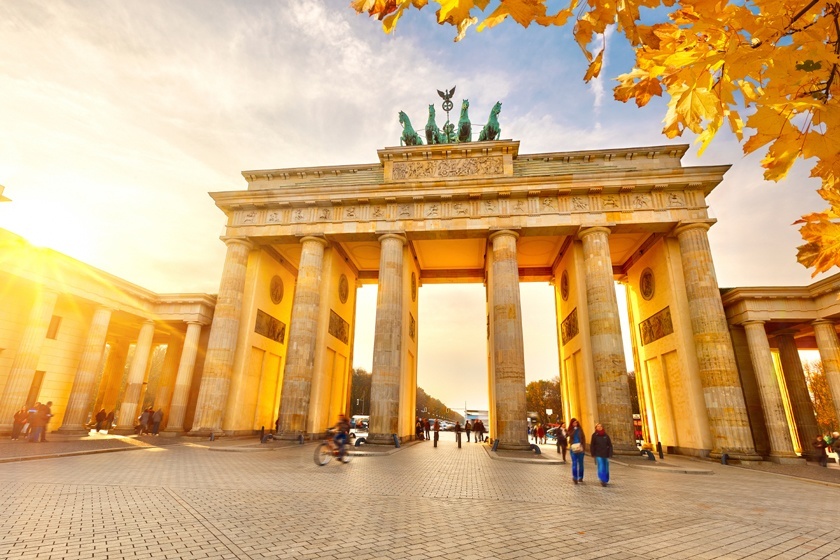 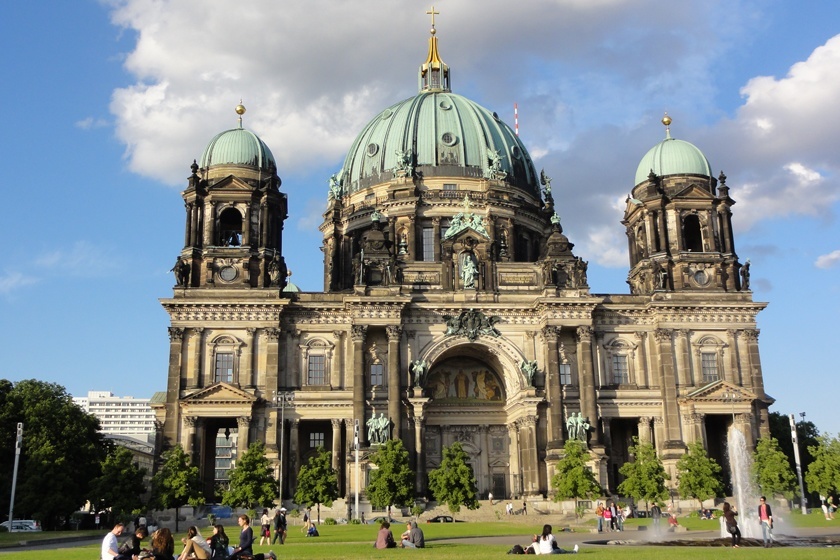 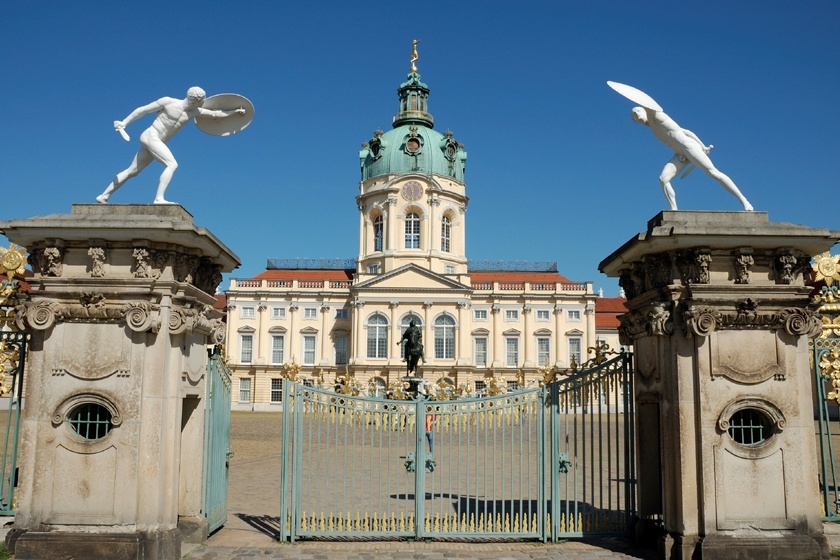 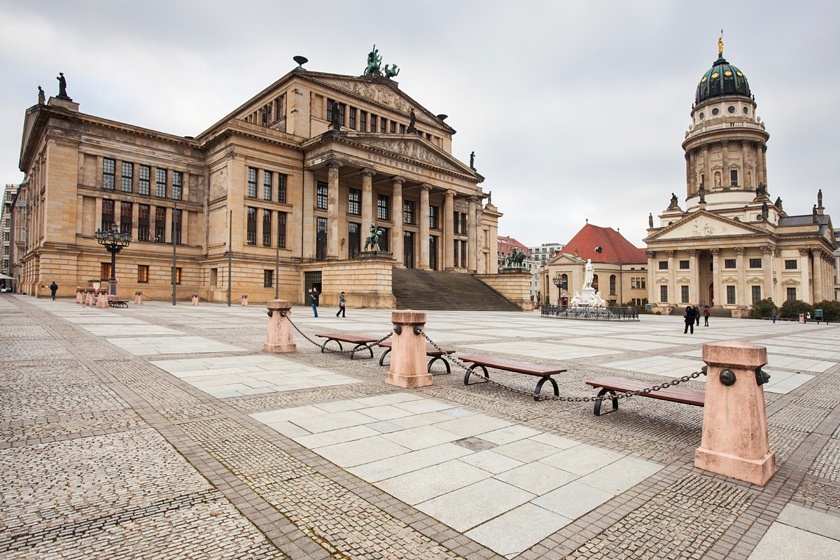 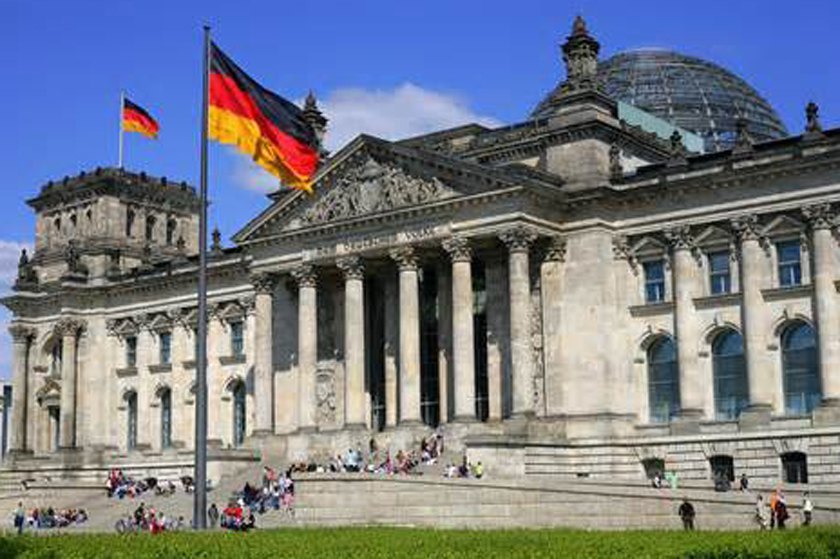 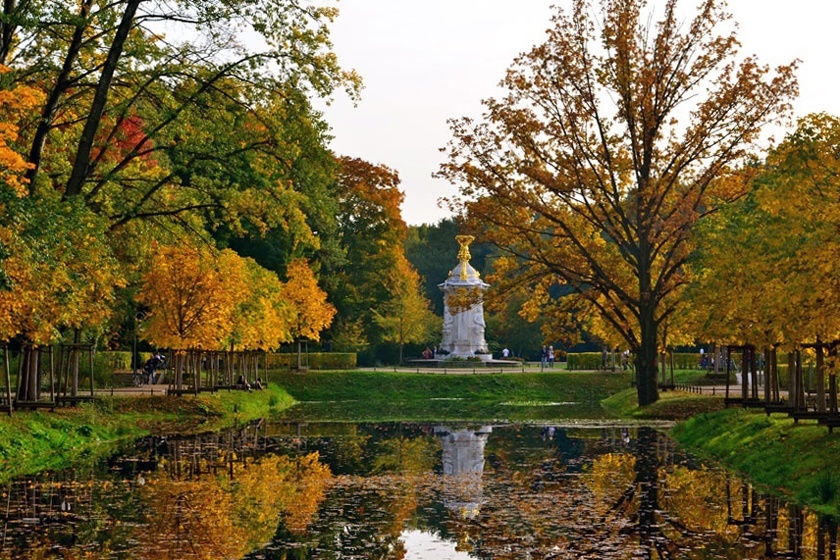 Extending all the way from the ruins of the Kaiser Wilhelm Memorial Church on Breitscheidplatz to Berlin's elegant Halensee neighbourhood, the affectionately termed Ku’damm is the most expensive address in the capital city and home to the most exclusive brands. Europe's biggest department store KaDeWe is situated on the extension of the Ku'damm, on the street known to locals as the Tauentzien (short for Tauentzienstrasse). This area is also home to the Zoological Garden, Germany's oldest zoo.

Berlin is a vibrant city with a long and rich history.  Click here if you're interested in reading a short overview about the city.

There are many well known tourist attractions in Berlin.  For a full list of must-see places, go to Visit Berlin's site.

If you prefer to spend your free time shoppiing, be sure to check out TimeOut Berlin's list of the 20 best shops and markets.

For a list of Berlin restaurants that range from a seasonal German spot hidden inside a cultural center to a flashy restaurant that channels the 1920s, read Food & Wine's article about dining in Berlin.

The Gedenkstätte zur Berliner Mauer (Berlin Wall Memorial) is located between the districts of Wedding and Mitte on Bernauer Straße. The memorial contains the last piece of the Berlin Wall with the preserved grounds behind it. Visitors are able to get a sense of how the border fortifications looked when the Wall came down in the 1989.  Located near the Berlin Wall Memorial is the  Marienfelde Refugee Center Museum.  With its permanent exhibition covering the years 1949 to 1990, the Marienfelde Refugee Center Museum invites you to discover the history of Germany’s post-war division and the accompanying inner-German movement of peoples.

The Berlin Television Tower, which is known to locals as the Fernsehturm and is instantly recognizable from the distance is the tallest building in Berlin. Built in the 1960s, visitors to the tower can enjoy a unique 360° panorama of the city.

Without a doubt, the Brandenburg Gate is Berlin's signature attraction. Built in 1791, it was just one of many old city gates around the city of Berlin which, at that time, was still a manageable size. The decorative Pariser Platz was laid at the foot of the gate and is now home to many of the city's important buildings, for example, the Hotel Adlon with its wealth of history and the Akademie der Künste (Academy of the Arts).

The magnificent Charlottenburg Palace is located just outside of the city center. This beautiful palace hosts fine collections of china and paintings and is situated in the middle of a picturesque palace garden next to the Spree river. If you don't fancy a walk in the park, you can feed your mind instead in the Charlottenburg museums located directly opposite the garden.

Museum Island is located on the northern tip of Spree Island and includes five world-renowned museums. They include the Altes Museum (Old Museum), New Museum, the Alte Nationalgalerie, Pergamon Museum and the Bode-Museum. These museums contain many outstanding exhibits, include the Nefertitit and the Pergamon frieze. In 1999, the museum complex was named a UNESCO world heritage site and is the only architectural and cultural ensemble with that designation. The area is undergoing a full-scale which aims to turn the site into a state-of-the-art cultural location by the end of 2015.